No Vacation for Home Buyers in August

The British Columbia Real Estate Association (BCREA) reports that a total of 7,341 residential sales were recorded by the Multiple Listing Service® (MLS®) in August, up 7 per cent from August 2013. Total sales dollar volume was $4.1 billion, an increase of 12.4 per cent compared to a year ago. The average MLS® residential price in the province rose to $560,318, up 5 per cent from the same month last year.

“Consumer demand remained relatively robust in August,” said Cameron Muir, BCREA Chief Economist. “The Okanagan and Chilliwack board areas posted the strongest year-over-year gain of 22 to 25 per cent in unit sales, while Victoria and Vancouver increased around 10 per cent respectively.” Home sales last month were the highest for the month of August since 2009.

For the complete news release, including detailed statistics, click here. 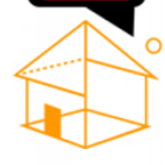